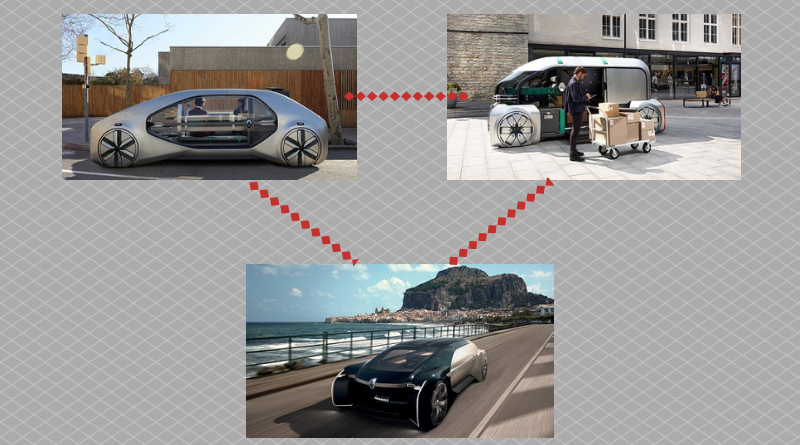 The Sharing Economy is changing the way cars are designed resulting in vehicles which are ecologically friendly and shared.

The highly refined interior is achieved through the use of high quality materials, and the power for the vehicle comes from a large battery (box) located under the floor. With its inbuilt wireless technology, the car can obviously interface with custom-designed booking apps.

The car is not only an ensemble of brilliant technology and quality materials, but is a revolution in how time spent inside a car an be re-purposed. Through augmented-reality, Renaults aims to give he passenger an entirely new travel experience. To this end, Renault has signed an agreement with the Challenges Group to develop an increased publishing experience.

In addition to the EZ Ultimo, Renault has designed two other EZ types: the EZ-Go and EZ-Pro vehicles.

Ez-Go is a car with large glazing, designed to be booked by app in the same way as Ez-Ultimo. Ez-Go is aimed at an economy segment and is designed to answer  the varying needs of car-sharing. It is (in fact) also designed for wheelchairs and disabled people.

Ez-Pro is aimed at the commercial vehicle segment. According to the Renault designers, Ez-Pro is a vehicle that takes care of the ‘last-mile deliveries’ within the Smart City system. The vehicle was presented at the Hanover Commercial Vehicle Show.

It is an electric, self-driving vehicle which frees the driver to focus exclusively on more productive activities such as the supervision and planning of driverless robot-pod-routes, n order to bring  personalized services such as direct delivery of food products and fragile objects to their final destination. In other words, the self-driving aspect does not replace human activity, but instead integrates and improves it. This vehicle, with its shared mobile functions, can even handle shared deliveries which, s we have seen previously, are an increasingly growing part of modern logistics.

As we have seen, technology plays an important role in new vehicles which are even now starting to be designed for a different purpose to the traditional legacy models. In fact, autonomous driving is opening up horizons which were unimaginable a few short years ago. Car sharing seems to be pointing to the direction that new vehicles will be conceived, used and enjoyed in the future.

Personally, I am convinced that mobility in general will increasingly become an integrated system of various means of transport from cars to trains, from buses to the metro and even bikes and scooters. I also believe that in a few years we will no longer need to buy a vehicle to move around in, but instead seamlessly access a mobile service that automatically determines the combination of vehicles best suitable for moving us from point A to point B in the shortest possible time at the lowest possible cost. 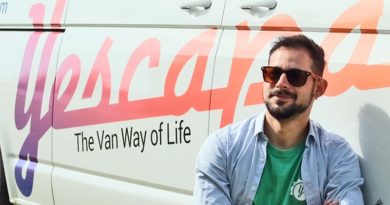 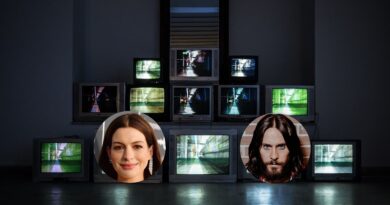